Overview:
In collaboration with Acrylicize, I designed and painted a mural for a tech client in Miami. This 2000 square feet mural is positioned on top of offices, and can be seen from the top floor. A custom developed augmented reality component brings the mural to life for viewers who scan a QR code on the viewing deck.
Process:
We took two weeks to paint and laid down nearly 10 gallons of paint. We began by printing out the entire image to scale, and then "pouncing" the pattern. Because chalk would be easily removed by shuffling around the space, I decided to use orange spray paint instead to get the stencil down. it worked pretty well.
Intent:
The office wanted to represent its large Latin American community that uses the platform. With this in mind I came up with this artist statement:
"Much like nature, sound does not abide by borders. It grows, erupts, degrades, channels, and flourishes. It moves between buildings, rises in the jungle when the lights dim, and appears in the most unexpected areas. This is the music of life, which grows and flourishes like a canopy all across Latin America."
Project
Sound Canopy
Client
Tech Client
Overall Creative
Photography
OWLEY
Date
June 2021 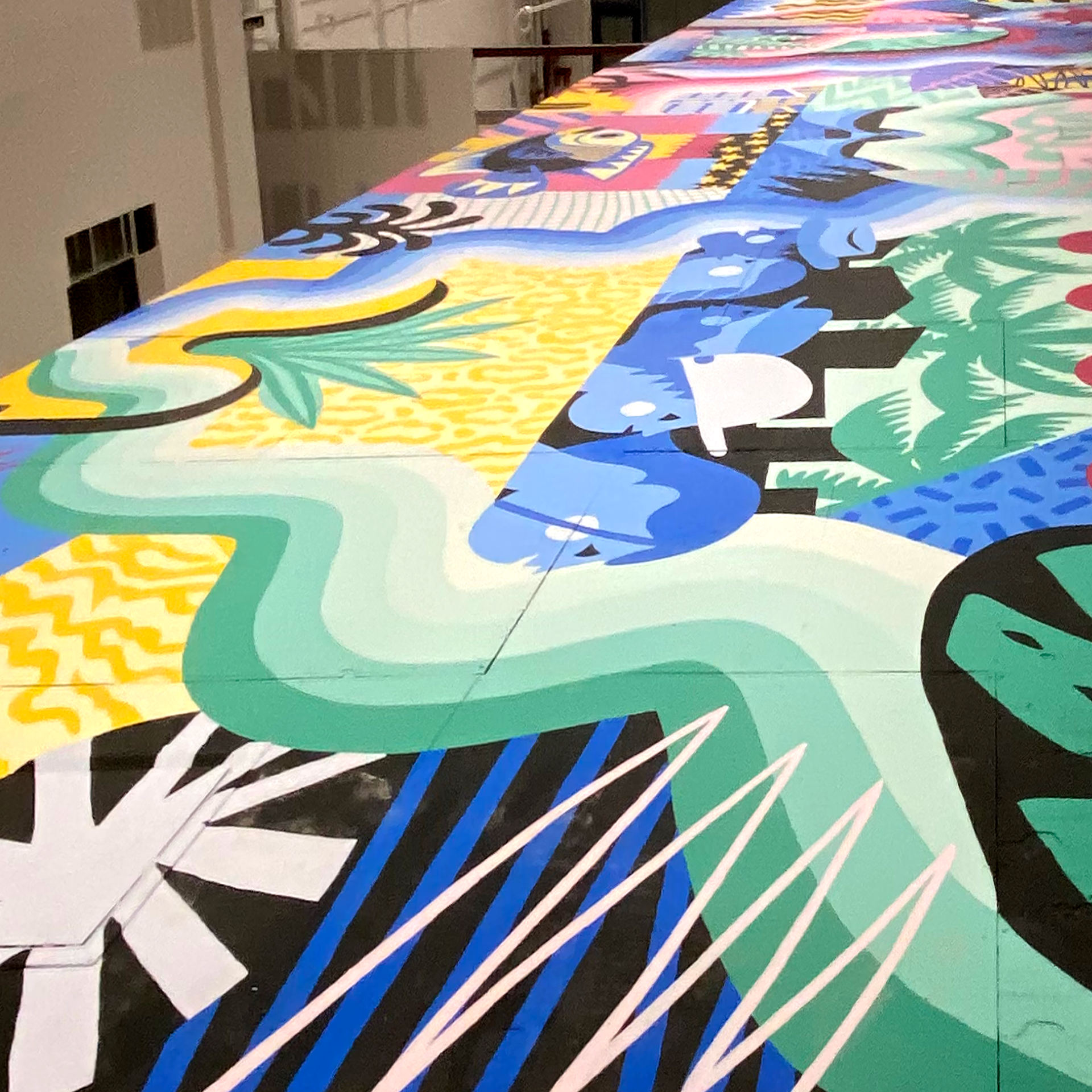 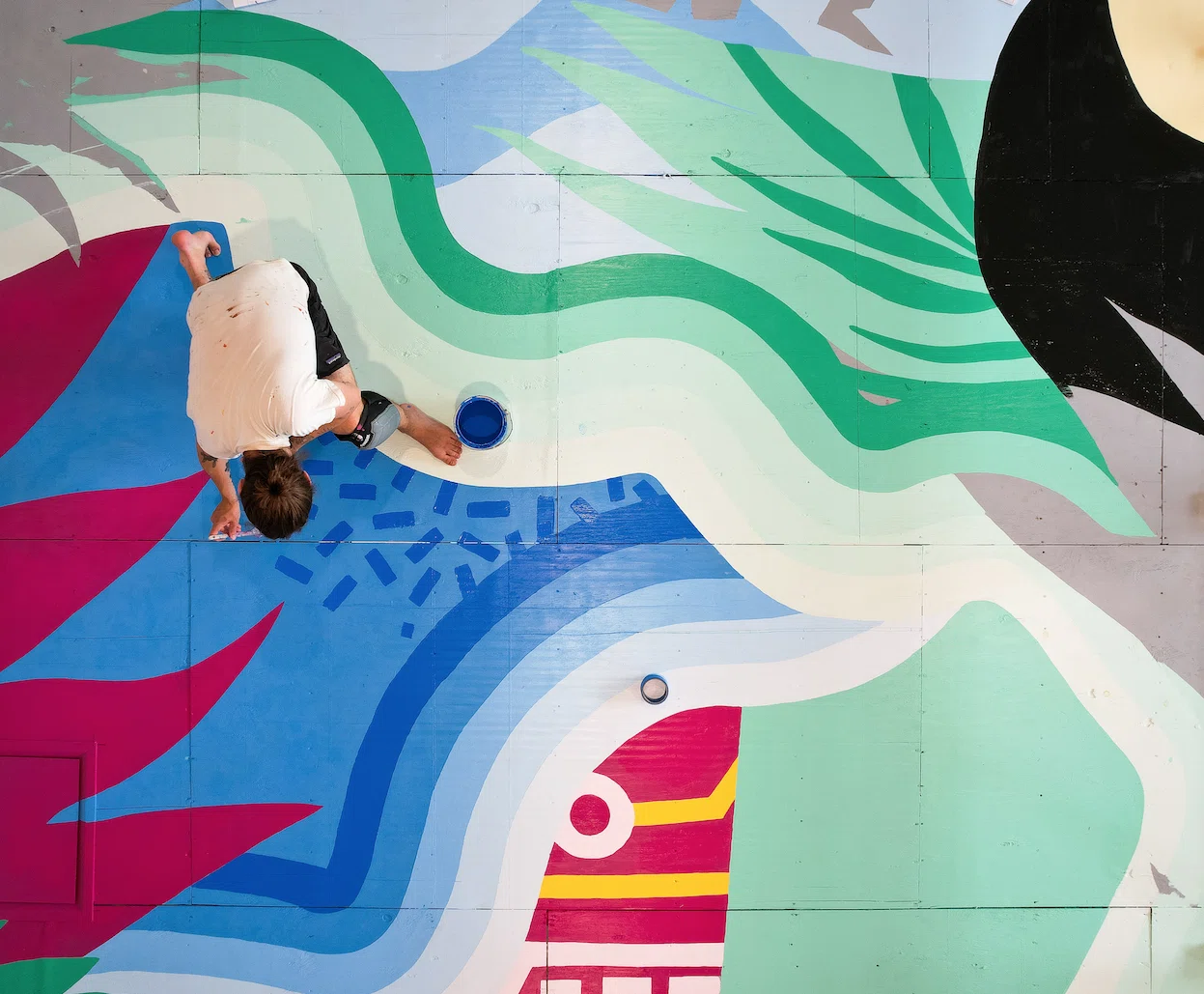 Mural also has an Augmented Reality experience, in which the user can scan a QR code and have a unique digital experience with the mural. Always updating, this virtual mural also has external links and "Easter Eggs" connecting to the brand.

Yale Insights
↑Back to Top